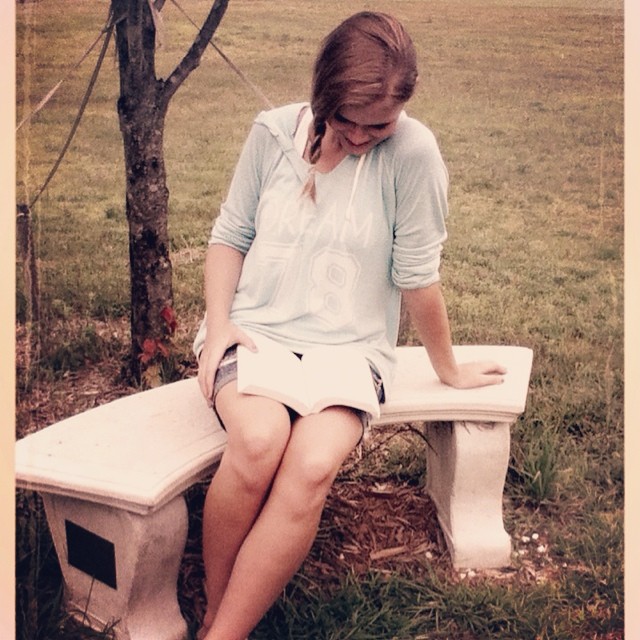 I have a Tupperware container neatly tucked away in the garage. In it are all sorts of memories, my memories. My first rose from a boy, pressed in the pages of one of my many teenage, angst-filled, journals. Ticket stubs from countless movies covered with the names of who I went with and Birthday/Christmas/Thank You cards from years of important people. I know most people don’t save cards, most people don’t write more than their name in a card, but I have every card that anyone has ever given me. A fact that became extremely important to me months after my dad passed away and I began a frantic search for his handwritten words. I’m happy to say that I have at least 10 cards that my dad wrote directly to me. His handwritten words (so important to see after a person is gone) special just to me, with his love written at the bottom. I look at them whenever I need a reminder of how much my daddy loved me.

Tucked under all the cards, the countless diaries, the carnival stuffed animals and the notebooks filled with poetry, lies a red folder. A folder filled with pages and pages of a book written by me, to Grace.

When I found out I was pregnant, I knew two things for sure, it was a girl and her name was Grace. I also knew that I had 19 years of life that I wanted her to know about, so I began writing. I wrote often, about her dad and how we met, about his family, my parents, sisters, grandparents (what I remembered of them), my eventful childhood stories. I wrote and I prayed. My intention was to give it to her on her wedding day. Not sure now why I waited. Hindsight.

So a book called Grace, filled with stories and random facts, will sit in that memory box now, forever. I am going to pull it out at some point to let Evie read it, but I don’t think it will hold the same sentiment, considering the title is not Evelyn.

If a parent were able to fill Tupperware containers with the prayers they have prayed for their children, what would that garage look like? How many containers would line the cement floor? Boxes with words etched on the outside like, desperate prayers, joyous prayers, pleas for mercy. Prayers for safety, health and salvation. Prayers for future spouses and children.

We are to pray without ceasing, and believe me, I am, but my prayers have changed. More often than not, they are filled with tears, sometimes anger, often both. I pray for Jim’s heart, his ministry and his desire to accomplish more for the Lord. I pray for Evelyn and her future, as she carries with her a heart that will never be without deep, visible scars. I pray that God would use her to reach the masses, other people with scars. I pray for friends and family, big issues and little situations. I bend the ears of God for so many things, but my prayer list is missing a bullet point now. Thousands of Tupperware containers that will never be filled. My prayers for Grace have ceased, they have abruptly come to an end. It takes the mind a little time to adjust to that. It’s like what amputees feel when they have lost a limb. The phantom sensation that what they had is still there.

I woke up early the other morning realizing that I no longer needed to pray for Grace’s future husband either, something that I actually prayed for often, but then I decided to pray for him anyway, at least one more time. I prayed that his life would be filled with joy and peace. That he would still meet a woman perfectly suited for him, and that he would be the leader God charged him to be. Although he will never marry, who for the last 18 years, I have been praying would fit him perfectly, he will never realize what he is missing out on. He won’t get to read the letters she wrote about him, that she was saving for her wedding day (sound familiar)? But he won’t know. God is good like that, revealing just what we need to know and not the whole story.

So my prayers for Grace have ceased, my prayers for her future husband are no longer needed. January 25, 2016, I closed the lid on my last Tupperware container for her and I scribbled on the outside “beauty for ashes.”

3 thoughts on “Prayers That Cease”